Rebecca White, born 15 December 1835 at Priory Farm, East Knoyle and Semley, Wiltshire, was the tenth child of George White and his wife Alice Burden. Even when I visited the farm in 1994 it was isolated and we had to drive along narrow muddy lane far from any city to reach the house. The tiny village of Semley the nearest hamlet with one shop and a post office would have been a half-hour walk. George was the local blacksmith and two of his sons followed him in the profession. Isaiah specialised in shoeing horses. The children were strictly brought up and baptised in the local Church of England St Leonards [1], Semley as the law required. The parents were Baptist in practice and expected the children to follow them. All the children were taught to read and write and kept in touch with their large family with letter writing. George White’s sister Patience [2] with her husband Thomas Harris and family had emigrated to Australia and was encouraging her brother to do the same. The White’s third son Jethro was also working in Australia.

As Australia became more settled, the practice of sending convicts to the colony was less popular and was being phased out. Farmers looked for other means of finding labour so family groups were encouraged with the thought that younger members would stay close to their parents and would be available to work on the farms.

Rebecca’s older brothers and sisters left home, so by the time of the 1841 census [3] we only have six of the eleven children living at home. Reuben, Rachael, Pharoah, Leah, and Jethro had already left to make their own way in the world. Jethro had a very adventurous life — at a young age he was soldiering in the Kaffir Wars in South Africa and from there he made his way to New South Wales.

A twelfth sibling Sarah was born in 1842 and died the following year.

George came to Australia as a blacksmith, as did 17-year-old Abel. Isaiah who was 26 was a shoeing smith all occupations in demand, while Dinah 22 and Mary 16 were house servants. There were two little girls Rebecca 13 and Jane 10. Rebecca’s mother Alice developed dysentery on the voyage out on the Julindur. Alice died on 11 January 1849 and was buried at sea. The family says Alice died of a broken heart because she left her beloved daughter Leah behind. The next of kin in the colony named on the shipping list are Patience and Thomas Harris of Dabee, New South Wales.

The family set up home on a property on the Cudgegong Road out of Rylstone and called it Rockville. Just as well there were three strong men as well as the four girls and daughter-in-law Elizabeth to fell trees, clear the land and build the house. A description of the early buildings clustered near the junction of the Cudgegong and Tong Bong Creek says the main street in 1849 consisted of three buildings: a hotel, a gunyah and a blacksmith’s shop on the west corner of Mudgee and Dabee Streets.

In 1854 brother Abel married Annie Doyle at the St John the Baptist, Mudgee and Rebecca was a witness.

By the time John William Hardwick arrived in 1856 in Rylstone after three years spent travelling, John has time to think Mercantile Banking for he which he was trained in England and tried again in Sydney. He decided that debt collecting was not for him and he settled down to run a dry goods store. John, an active Wesleyan lay preacher, also quickly found a slot for himself on the local circuit. While teaching Sunday School John met the young White family and enjoyed the company of the young married couple Elizabeth and Isaiah also of Jethro who by now was living back home. John in a letter home wrote: Rebecca and Jane White are nice lively girls and banishment in the bush has not diminished my gallantry or politeness. Jethro White, the older brother is a young man who has knocked about the world a good deal, and this has given him an address and finish that the others have not. He was at the Cape during ‘the Coffee War’ and a trooper in the Government service.[4] 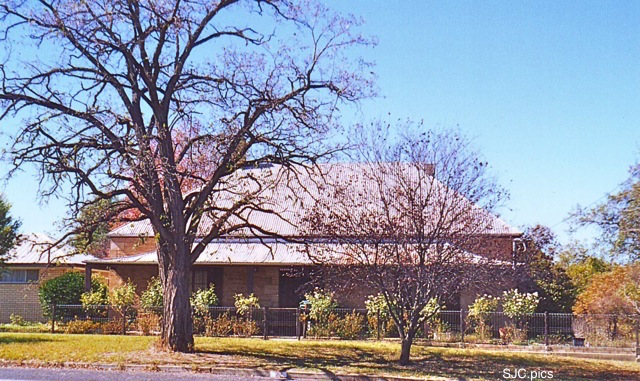 John in his letters to his mother and sisters in England wrote how pleasant he found the home and company of the White’s, so it’s not surprising to learn by 14th October 1856 John has married twenty-year-old Rebecca and they are busy with their new dry good store and buildings on the ridge of Rylstone. Their first child George White is born August 1857, followed by Edward Farrar in February 1859, William Burdon was born in 1860, Arthur Henry was born in 1862, a girl Lillian Mary was born in 1864, Harold Robert in 1866, Charles Herbert was born in 1868, John Percy in 1871, Alice Rebecca 1874 and Reginald Oxley in 1876. All the children soon after birth are baptised in the little sandstone Wesleyan Chapel. The same style of sandstone is used to build the dry good store, the hall next to the store, and Rebecca and John’s home Headingley named after the part of Leeds John’s family originated from. We know the house was built by 1866 as Harold was born there.

Sadly sixteen year old Arthur died of hydatid disease in 1878, which left several generations with a dread of owning dogs, as dogs eating raw sheep meat were blamed for the condition. In 1880 nine year old John Percy died of diphtheria and in 1882 fourteen year old Charles Herbert died of anaemia.

During these twenty four years of marriage all Rebecca’s [5] brothers and sisters had married and the families stayed in close contact, as did Patience and Thomas Harris with their family of children. George White Hardwick was the first of Rebecca’s children to marry — he married Jane Amelia Harris, granddaughter of Patience and Thomas Harris in 1880. William Burdon Hardwick married Ann Jones in 1883 and Ann died in child birth in 1884. In 1886 William married again to Emily Henderson in Goulburn, and eventually William moved to Perth. In 1888 Edward Farrar Hardwick married his first cousin Albertha Smith, daughter of Dinah White and James Smith.

Rebecca’s husband John William Hardwick died in 1891 aged 64 years. As a young man he had struggled with ill health but found the Australian climate suited him and he enjoyed life in the bush. John laid the foundation stone for the Methodist Church in Mudgee on 26th May 1863 and practised as a lay preacher for thirty years. John is buried in the local Rylstone cemetery. 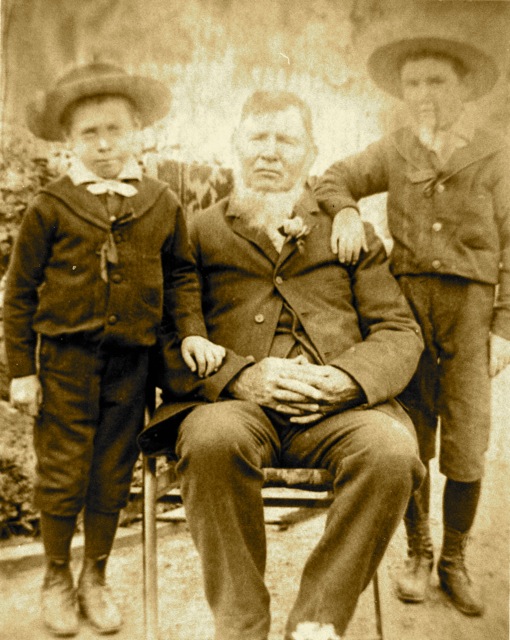 Rebecca died 7th April 1910 in Ashfield aged 74 years, and her body was taken back to Rylstone to be buried with John. Reginald Oxley married in 1911 Mabel Rehm at Ashfield. There were 30 grandchildren though not all survived to adulthood.

[1] St Leonards, Semley have good records of the White family, Burden family and the Targetts — all ancestors of Rebecca White.
[2] Rylstone Historical Society produced a number of books which more or less had the family history facts in them.
[3] The 1841 census.
[4] John William Hardwick’s letters and drawings are held by the Mitchell Library Sydney, and I own a copy of the transcriptions of the letters written by amateur historian Frank Prior in 1996.
[5] Family historians Ruth Shipley, Malcolm Hardwick and Inge Harding Barlow have supplemented my own research over the years and I am very grateful to Effie White-Johnson for her gift to me of her unpublished book ‘Looking Back and Moving Forward’, a history of the White family in Wiltshire and Australia.