This Grandma was the person who, unknown to her, was responsible for my interest in genealogy becoming as involved as it has [1].

Emma was the eldest child of Susan Chapman and Cyrus Edmund Smith, born on the 18th May 1862 at the period of time Cyrus managed Urana Station for his father-in-law William Chapman.

When Emma was six the family moved to Gravels Plains Station in Victoria near the border of New South Wales. Emma grew up there enjoying the social life of the country — going to dances, picnics and the races [2]. 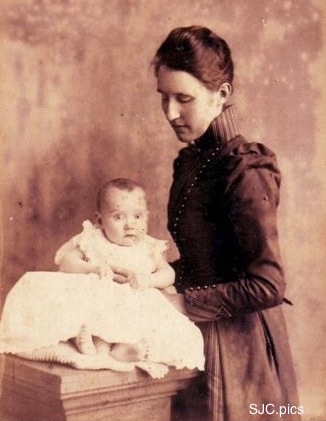 On the 1st December, 1886 Emma married Alfred Snell Chauncy, affectionately known as Bob Chauncy. The wedding took place at the home of the bride’s parents Susanna and Cyrus Smith in Wodonga. The groom, Bob, was born at Wodonga the youngest child of a local surveyor William Snell Chauncy and his wife Anna. Bob was always interested in farming and horses and as available land was taken up, local young men in the 1870s started to look for land of their own in Queensland. Bob joined in these ventures and had contracts to supply the British Army with horses. The young couple’s main property in North Queensland was Yarraman Park, about half a mile east of Mundie Creek Siding, 60 miles west of Charters Towers. The family always maintained a small farm holding in Wodonga where Emma went for the birth of her babies, and a break in the wet season. Emma travelled backwards and forwards mostly by ship between Townsville to Melbourne. Bob owned two other properties in north Queensland, neither of which was set up for women and children. Springvale near Cooktown was considered too rough and isolated for women, and Pentland near Townsville was a holding property for horses awaiting shipment. Emma’s nine children, Laurie Chapman (1887-1958), Campbell Snell (1889-1915), Cyrus Snell (1890-1945), Beatrice Lesley (1891-1918), Alfred Rupert (1893-1943), Keith Varden (1896-1962), Charles Walter Gilbert (1897-after 1949), Mary Urquhart (1898-1992), Margaret Victoria May (1901-1993) were all born in Wodonga, Victoria and grew up at Yarraman Park, North Queensland. Yarraman Park had a commodious two story house surrounded by wide verandahs. Upstairs there were four rooms and downstairs two large rooms and an open dining room. Visitors were always welcomed and there was a room for them. The children slept on the wide up stairs verandah [3]. The house still exists it was moved to another property Allandale about 15 miles closer to Charters Towers. The children had governesses while they were young and went to boarding school when they were in their teens. Laurie, your grandmother, went to St Mary’s Convent in Charters Towers, Keith and Gilbert to the Kings School Parramatta, and Margaret to St Margaret’s Townsville. The boys were good horsemen and Margaret liked to compete with them and would skip lessons if she could get away with it. When the wet set in it was impossible to move around and they could be isolated for months on the property. Aborigines lived on Yarraman and some of the men worked as stockmen. The stockmen usually had their own cook, quite often Chinese but, if necessary, Emma filled in. In a letter to her daughter Laurie in 1915 Emma writes that at last there was some relief from the cooking with a new cook. 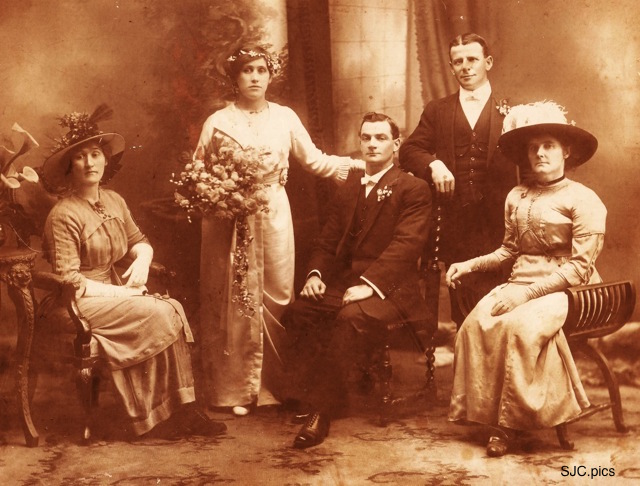 Beatrice Chauncy’s Wedding to Patrick Nolan in 1914.
Laurie sitting to left of photo, groomsman is Patrick’s brother.
Patrick’s aunt is thought to be sitting on right of photo.

These were hard years for the family — the eldest son Campbell aged 26 years had been born with a disability and died in 1915 in a Brisbane hospital while having treatment. The children had grown up: Cyrus had married and had his own property, Beatrice had moved to Sydney and married, Rupert was in the army in France and Gilbert at school in Sydney. Laurie had also been spending some time in Sydney but her mother wanted her home. Bob was spending a lot of time away from the property with business and the problems of the drought and the everyday responsibility of running the property was falling to Emma. Keith joined the army but he hated it, failed at bayonet practice in Victoria, and left [4] with a dishonourable discharge. The killing fields of Europe were not for this gentle giant.

Events came to a head in 1917: business was failing, and a severe drought had killed 600 horses. Emma was developing her own business to rescue the family. Emma was granted her own horse brand — a circle with a cross in the centre, and was using it, but some of her horses had Bob’s brand K5P. Emma received 100 horses from Cyrus to pay for Mount Stewart Pastoral Holding, where he and his wife were living. Eventually Bob was sued for bankruptcy [5], and the court confiscated Emma’s 100 horses with the K5P brand. Cyrus was allowed to keep his property, while Rupert and Gilbert were allowed to keep their share. The court recognized Emma owned the Droving Plant. Most of the properties in North Queensland were sold to pay Bob’s debts; Cyrus was allowed to keep Pentland. 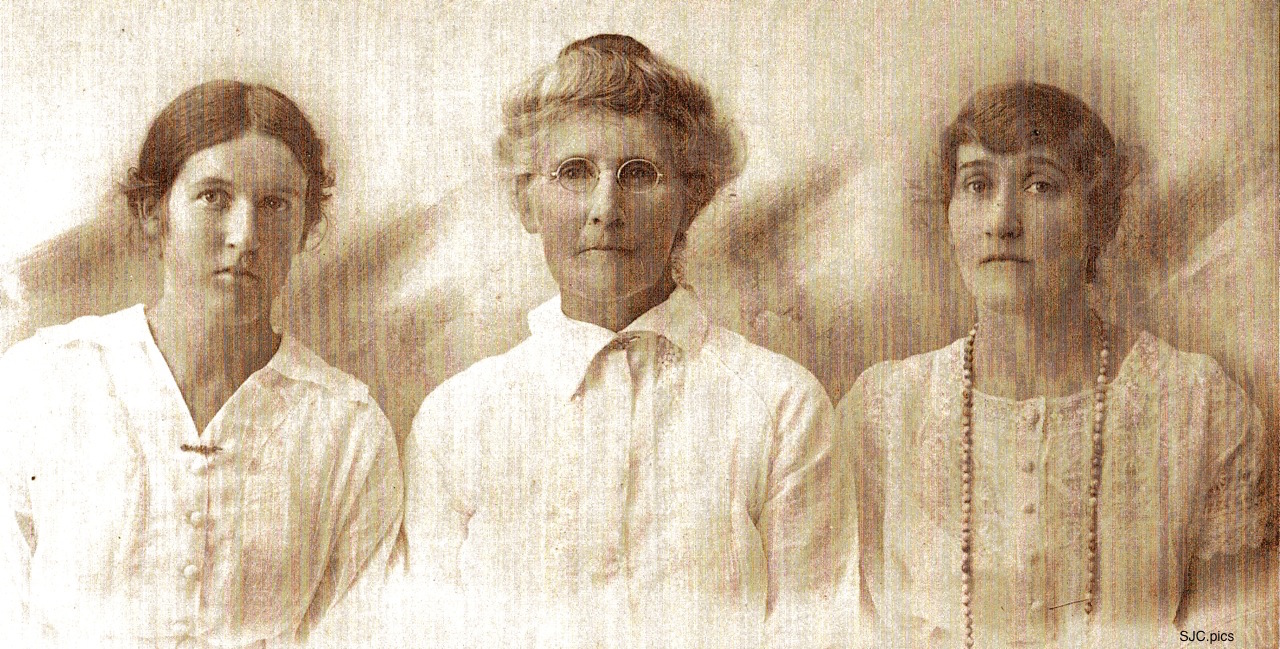 
Emma and Bob moved back to Wodonga full time. In 1918 Spanish flu was brought to Australia by the returning troops, with a terrible death toll. Beatrice had just had her third child when she caught it and died, leaving her husband with two small boys and a ten-day-old baby. It was to be nearly ten years before the other three girls married, Cyrus and his wife Emmie [6] had two girls. Rupert, Keith and Gilbert never married; they liked the nomadic life and droving and never wanted to settle down. In spite of this eventually Emma had thirteen grandchildren and quite a number of descendants.

The years of retirement were spent looking after the Wodonga farm with the help of Keith. Bob with the heat, dust and flies had developed sandy blight and was blind for the latter years of his life. Bob died in 1929 and Emma and Keith continued to look after the farm until Emma’s death in 1934. Emma left the remaining property to Keith who lived in the family home until the 1950s when he sold it and shared the proceeds with his three surviving sisters. Keith went to live with his sister Mary McFarlane in Melbourne. Today the Anglican Church of Wodonga stands on the land owned by the Chauncys at 225 Beechworth Road, Wodonga [7].

[1] Robert encouraged me to do seminars in Family history because he wanted to know more about his family especially his grandmother Emma Amy Susannah Smith and her family.

[3] Poetic licence — from my experience of visiting country cousins.

[5] Queensland Archives have all the copies of reports.

[7] Robert Hardwick was the source of that oral story.