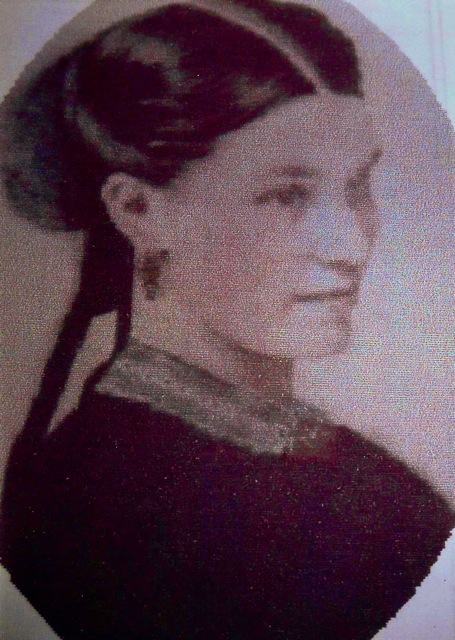 Anna and her sister Mary Jane lived with their parents, Daniel and Jane Cox, at the stables at Ascot where Daniel looked after the horses. Daniel had been Whipper-In of Hounds for William IV and when William died in 1837 he left Daniel a Grace and Favour house at the Queen’s stand [1]. 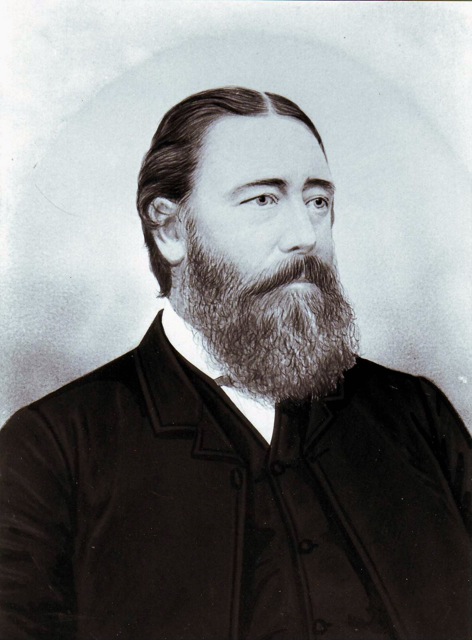 
William was attracted to both the girls [2] and chose Anna to marry. They were married at St Michael & All Angels, Sunninghill, Berkshire on 7th July 1840. On the 23rd July the newly married couple sailed from Liverpool to Adelaide on board the Appoline. William’s two older half sisters Theresa and Martha had settled in Adelaide in 1837 [3] and were keen for the family to settle in the new colony of South Australia. Their brother Philip had also joined them in 1839. The young couple arrived at Port Adelaide on 22nd November [4]. 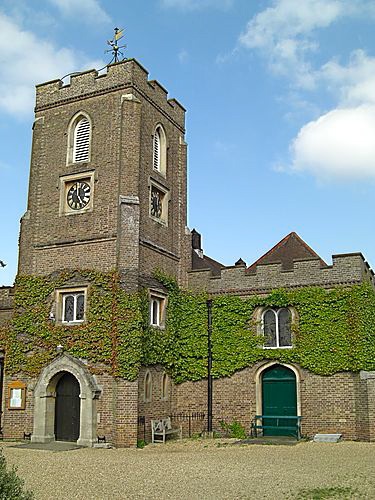 Church of St Michael & All Angels

Soon after their arrival Philip accepted a position as assistant surveyor of Western Australia and married Charlotte Kemmis and moved to Perth.

We are not told much about Anna and William’s life, as the family diaries concentrate more on the life and adventures of the older three siblings Theresa, Martha and Philip. So the fact that William was a high achieving surveyor and engineer comes as a bit of a surprise. While in Adelaide they made contacts and laid the foundation for their future life. Anna had her first child William, born 6 o’clock on Saturday evening 26 February 1842 at Walkerville, Adelaide.

By the time the second baby was on the way the young couple had decided to return to England via South Africa and Sophia Mary was born on the ship, her father recorded again as 6pm on 17 June 1844, Port Louis, Mauritius. They stayed in the Cape of Good Hope, and William supervised the building of 300 miles of road and the construction of several bridges.

By 1846 they were back living in London and another baby Anne Maria Lydia was born on 6th October 1846 at Highbury Vale, West London. That year William was working as assistant engineer of roads in County Mayo and so was not there to record the time of birth.

Life was settled in London for the next couple of years while William worked as assistant engineer for the London to Dover Railway. They lived at Clerkenwell, London and another daughter Theresa was born at 4 pm on 24th July 1848. In 1849 William was asked to write a pamphlet A guide to Emigration to South Australia and they sailed back to Australia with their four children on the Duke of Wellington. William went to work for the South Australian government as a surveyor and to build a railway system for South Australia. Tragedy struck on 2nd December when baby Theresa died at Gillies St, Adelaide where they had settled. All of William’s plans did not come to fruition but he did succeed in surveying the Adelaide to Port Adelaide Railway line and in 1851 surveyed a road which to this day is known as Chauncys Line. My mother-in-law used to call it Chauncys Folly. Anna was busy with a new baby Charles born at 1.30 pm 25 April 1851. The Victorian gold rush was drawing people away from South Australia and the family moved to Victoria.

By 1853 the family was living at Landridge near Melbourne and Emily was born at 11.30 am on 26 October 1853. William found a work offer as chief engineer of the Melbourne and Hobson‘s Bay Railway Company and helped build the first train to operate in Australia in 1854, two and a half miles from Melbourne to the Port. Yet another move and the family lived at Emerald Hill, Victoria, and another child to mark the place — Eva born at 5.15 am 15 November 1855. Also in 1855 William wrote another pamphlet How to Settle in Victoria using the pen name Rusticus.

In 1856 William accepted the position of district surveyor to Belvoir, later named Wodonga. Here he planned the layout of the town [5]. Alfred was born at 11 pm 29 June 1858, the eighth child and the one my family descend from. Two years later a brother Philip Henry born at 6 pm on 11 May 1860.

William was busy in 1861 he supervised building the first bridge over the Murray River to Albury in New South Wales. It was declared open by his sixteen year old daughter Sophia.

William accepted yet another appointment in 1868 as road superintendent at Goulburn, New South Wales where he was to work on the road that was to become the Hume Highway. Anna was bringing up nine children. Her main help Sophia was about to get married and the children were well settled after years of moving, so she kept the home running at Wodonga while William moved to Goulburn for work. While Anna was busy seeing the children were looked after and educated, William immersed himself in his work. He was very popular with his fellow officers, contractors and workman, and when he suddenly died in 1878 of gastric fever they erected a lasting monument to him in Goulburn Cemetery.

By 1879 Anna had moved to St. Leonards, Sydney. Charles, Emily and Eva all married about this time. Philip was still living with his mother and studying to be a draftsman and they moved to Old South Head Road. There was no Harbour Bridge in those days which made the North side isolated. Anna lived for over ten years in Old South Head Road when her health started to fail she moved to her daughter Emily’s home at 40 Brooklyn Street, Burwood, where she died on 3 June 1895. Seven of her children survived her, and all seven of them married and there were 38 grandchildren, scattered from North Queensland to Wodonga. Wodonga always remained as the home base for the family and remembered as their happiest years. There must have been some genes that came through from Anna’s family as there was great love of horses in the family.

[1]  The story originally was an oral family story and the 1841 and 1851 census confirmed the family lived at the Queen’s Stand and Daniel was a Royal pensioner.
[2]  Robert Irvine has a copy of a letter William wrote to his cousin telling of his job at Ascot and describing the pretty Cox sisters.
[3]  Martha & Charles Berkley & Theresa Chauncy were passengers on the John Renwick arrived Port Adelaide 10th February 1837. Memoirs of Mrs. Poole and Mrs. Chauncy written by Philip Lamothe Snell Chauncy
[4] It is believed Anna & William were accompanied by William’s father who stayed in Adelaide by all accounts for a year. There is confusion as to which ship they arrived on both John Renwick has records of Mr. & Mrs. Chauncy & Mr. Chauncy having cabins. Later William Snell Chauncy/Brown is said to have accompanied his children Hugh & Sophia to Adelaide. Family History SA says William Snell Chauncy with wife & Philip arrived 12 Oct 1840 on the Appoline from London. However they also say Philip Lamothe Snell Chauncy arrived 13 Oct 1839 on the Dumfries from London, which fits the known facts about Philip. Hugh appears as H. Chauncy arrived 22 Nov 1840 on the Superb from Liverpool.
[5] Theresa William’s half-sister had had the grand idea they would make their fortune with establishing a winery and had talked her brothers and sisters into supporting her. They did establish a winery but after two years did not have the capital to continue and were forced to take a loss and sell it. The winery was bought by the Gehrig Brothers and exists until this day at Barnawartha, Victoria.