Ann Halfpenny was born at Holborn London and baptised at St. Andrew’s Holborn the daughter of Ann and Bernard Halfpenny. Bernard’s family were associated with St. Andrew’s, Holborn for several generations and St. Martin-in-the-fields, Westminster before that as well as St. Mary Aldermary, London [1].

Ann married John Tebbutt on 5th May 1788 at St. James, Piccadilly. Margaret and Robert Hardwick had afternoon tea in St. James’s tearooms in 1994 and worshipped in their church.

Elizabeth their eldest child was born in London 27th June 1790 and baptised 15th August 1790 at St. Clement Danes. Thomas was born 1792; John was born 2nd December 1794 and William 16th February 1797. Sometime during these years John joined the militia and was posted to Port Jackson in 1801.

Ann accompanied her husband and with their four young children sailed aboard the Nile. Ann was thirty nine, John forty, Elizabeth eleven, Thomas nine, John seven and William four years old. What they must have made of the journey after the life of the crowded London streets we can only imagine, but I think for Ann the vastness and lack of people was frightening. The little we know of Ann was that she suffered from nerves, and the life she was to lead in Australia was not going to make it any easier. They arrived at Port Jackson 14th December 1801.

In 1802 John was given a grant of one hundred acres [2] between Castle Hill and Windsor; which they found difficult land to farm — dry and barren. One day Ann walked over to a neighbour’s to visit and Michael Bryant followed her home and assaulted her. John said she arrived home much frightened … her clothes were much tumbled and full of cow itch. She had violent retchings and was ill for several days [3].

The assault resulted in Michael Bryant being charged with violently assaulting a respectable married woman. Bryant was found guilty was sentenced to twelve months’ hard labour in Sydney.

The Tebbutts moved to Windsor to rent a farm with better soil, and, I think, more company for Ann who had attracted some censure for surviving the assault — such was the thought in those days. Ann was known to suffer from nerves and John was most offended when the rector the Rev. Stiles suggested John should put her away. The family stopped attending church at St. Matthew’s [4]. This dispute must have been mended in time as the sanctuary today is decorated in memory of the Tebbutt family and there is a large family vault in the churchyard where Ann is buried.

Elizabeth during this period also went to work, as a servant, for Rowland Hassall, and eventually married Robert Chapman. After Robert was killed when he was thrown from a horse on the 12th April 1815, Elizabeth’s baby daughter Elizabeth Chapman went to live with her grandmother Ann Tebbutt. Elizabeth went to work for Colonel Molle as housekeeper, but the child Elizabeth Chapman remained with her grandparents for the rest of their lives. She only married at age thirty-eight years after they both had died. Elizabeth married John Stiles, the Rev Stiles’s nephew in 1852.

Ann’s children Elizabeth, Thomas and John made a life for themselves and their descendants, and today there are still Tebbutts in Windsor. William Ann’s youngest son died when he was twenty-four. Ann’s grandchildren included the famous astronomer John Tebbutt whose life was celebrated on the one hundred dollar bill. 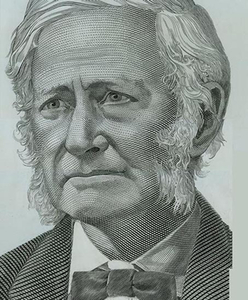 
[1] Coralie Peddie, a descendant of Ann Tebbutt, traced the family through the London parish registers.
[2] John Tebbutt’s grant of 100 acres was the corner of Wrights and Windsor Roads and was eventually bought by Hugh Kelly. Today it is known as Kellyville.
[3] See Portia Robinson’s book The Women of Botany Bay pages 154-157
[4] Jacynth Woolven is a descendant; she told me about Ann’s nerves and the falling out with Rev. Stiles.