Adele (known as Dell) was the third child of Henry and Laura Wells. Dell [1] had a cheerful, boisterous personality which made her a great favourite with people. When she was a young woman her parents had a very modern brick Federation home designed and built by a young architect Harold Hardwick [2], known affectionately in the family as Bob. The serious young man was attracted to the lively young daughter of his client William Wells, a successful auctioneer, and they were married at Lauralla by the Rev Richards soon after the house was built. Dell’s maternal grandfather Evan Richards gave her a block of land at 73 Lewis Street Mudgee as a demonstration of his natural love and affection for her and when Dell’s Grandma Richards died in 1902 Dell bought the adjoining block from her grandmother’s estate. On this double block Bob built them a home and called it Spenfield after one of his Grandmother’s homes in Leeds.


Dell had five children: Effie Oxley in 1899, George Cornwall in 1901, William Farrar in 1903, Adele (known as Dale) Wells in 1906 and Charles Pickering in 1908. All the children were baptised in the Methodist faith and were recorded in their mother’s bible. Sadly baby Charles died from a fever when he was 10 months old. The young couple found this a difficult time [3], and Dell herself chose to stay Church of England and the baby Charles was buried in the Wells Family Plot. The children all went to school in Mudgee and the eldest three all found work as bank clerks. Effie married a fellow bank clerk Norman Frewin. Both the boys George and Bill moved around the state in bank jobs. Adele junior (known as Dale) chose a very different path and trained as a dancer, enjoying a career on the Sydney stage as Adele Allan in the 1920s. Whether it was the depression or not, Bob built his last house in 1928 [4]. Also in the 1930s Dale gave up her Sydney career on the stage and came home to Mudgee to live. In 1935 Bob died and the two women continued to live at home. 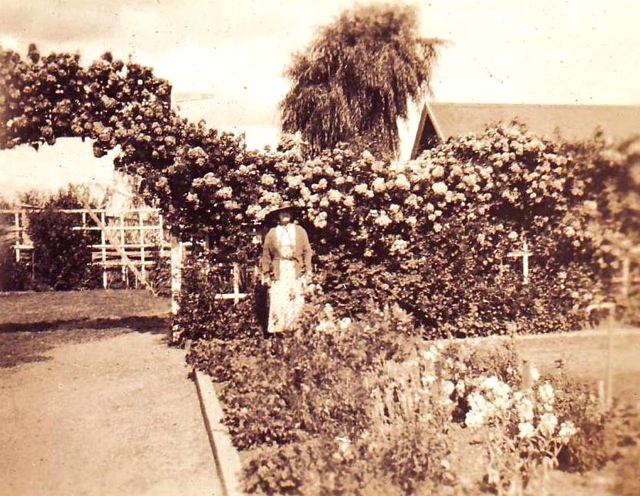 
Dell had a great reputation with her family for enjoying life. Dell owned one of the first cars in Mudgee and used to service it herself, she also had a large garden she enjoyed and loved a trip to Sydney to stay either at Manly or the Wentworth Hotel in the city. These occasions are well remembered by her grandchildren as being full of noisy laughter and indulging them with ice cream. The grandsons have even been known to take over the hotel lifts and ride them up and down to the horror of other adults and girl cousins. In the 1940s Dale had a nervous break down and went into Rydalmere Hospital; she was never well enough to return to Mudgee. In 1943 Dell had a fall and broke her hip and died soon after. Dell was buried in the Wells family tomb in Mudgee. The three eldest children had married and Effie had two boys and a girl and George two boys, who all remember their grandmother affectionately. 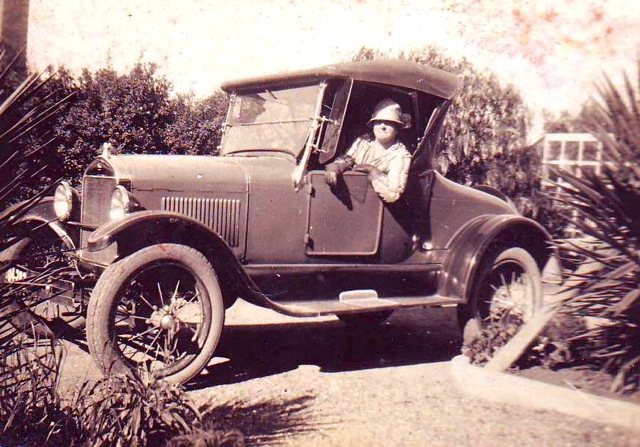 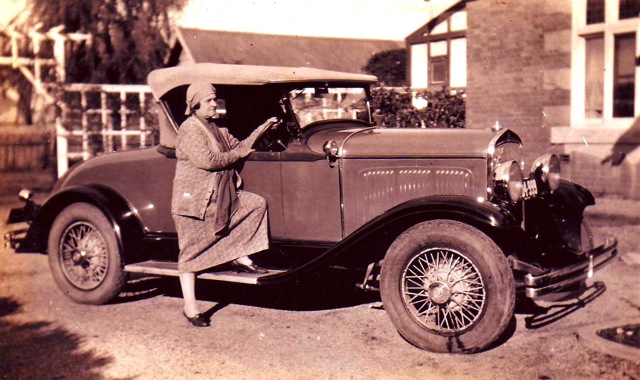 [1] Adele was known as Dell to her friends or Auntie Dell to the family.
[2] Harold was the son of a produce storekeeper, John William Hardwick of Rylstone, and was trained in Sydney in the Horbury Hunt style of architecture. Harold worked in Bowral before establishing his successful practice in Mudgee.
[3] I have in my collection a copy from a letter to the Rev Wally Dean written by his father how affected Bob was by the baby’s death. The letter came from the Bob Dalrymple collection.
[4] Mudgee Historical Society has quite an extensive record of the houses and other buildings Harold Hardwick built and designed.